With the exception of the small footprint made by the 120 turbines, at about 1 acre each, the land use is dominated by cattle grazing and crop cultivation, as it has been for decades and generations.

Tatanka represents the first installation of ACCIONA’s 1.5 MW turbines in the U.S. There are 120 wind turbines spread over the wind farm, with 59 turbines located in South Dakota and 61 turbines in North Dakota. The electricity generated is sold into the Midwest Independent Transmission System Operator (MITSO), which delivers electric power to a very large region of the upper midwestern U.S. and Canada.

The Tatanka Wind Farm created 21 new permanent jobs in North and South Dakota, and more than 250 people were employed during construction. Additionally, the farm provides increased revenues for nearby North and South Dakota communities through investments in local infrastructure, lease arrangements with local landowners and tax revenues paid to the counties in which it resides.

How this project is sustainable

Harnessing a plentiful domestic energy resource like wind to generate electricity provides North America with sustainable and clean-energy choices beyond conventional power plants, which are facing depleting resources, increased carbon emissions and price volatility. The utilization of ACCIONA’s proven wind turbine technology at the Tatanka Wind Farm is an important milestone in the company’s commitment to reducing the world’s CO2 emissions by 220 million tons by 2030.

Wind conditions in the Tatanka region are optimal for wind-energy generation. However, the size of the Tatanka Wind Farm is limited by regional transmission capacity. ACCIONA is hopeful that the current national energy policy debates will result in improved transmission capabilities across the U.S., allowing Tatanka’s full wind-energy potential to be realized with further expansion.

“As a landowner, I can’t say enough about how great ACCIONA is to work with.  It’s pretty neat to have the project here and it has been great for the community. The income is a helpful supplement, especially if I run into a dry year—it will just make farming that much easier. I have signed up additional land for a planned expansion of Tatanka Wind Farm and wouldn’t have done that if I didn’t enjoy working with the company. We have to push forward on green energy and use less foreign energy sources. We’ve got the wind here—let’s keep our investment in energy at home. I just think it’s a win-win situation for a community like this.”—Neal Kappes, Tatanka Wind Farm landowner 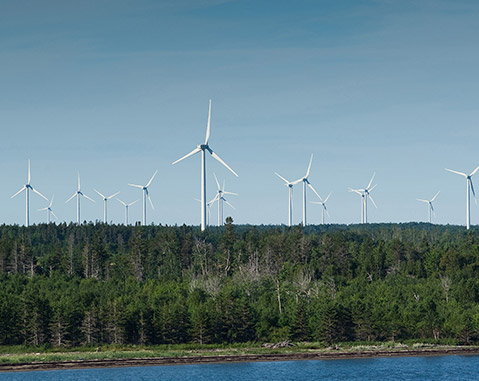 Lamèque’s winds are perfect for a wind farm, but they also attract other wind lovers. The constant daily winds, shallow water in the lagoons, and the warm waters of Chaleur Bay make for wonderful kitesurfing conditions. 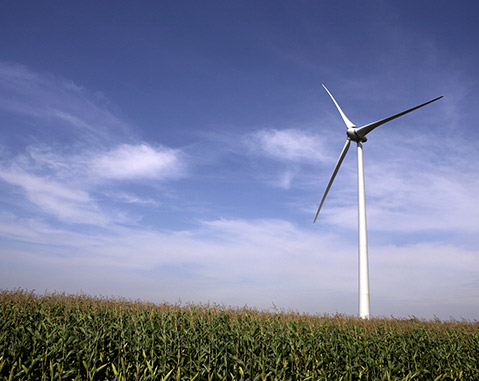 The major attraction of Huron Kinloss is undeniably the Point Clark lighthouse.