This website uses proprietary and third-party cookies. By continuing to navigate this website, you are accepting the use that we make of them. If you wish, you may change your settings on your browser.

ACCIONA has been operating for a decade in the construction and real estate sectors in Poland, through Mostostal Warszawa and ACCIONA Nieruchomosc. Poland is one of the key markets in ACCIONA's globalization strategy. The company has set itself the target that 70% of its business revenue come from international markets, compared to the current 20%.

Over the years, ACCIONA, together with Mostostal, has executed many major products, such as the Wroclaw Academy of Medicine; the Siekierkowski Bridge over the River Vistula in Warsaw, which was awarded a prize by the Polish Ministry of Infrastructure in the category of Architecture and Construction; the Wolin Ring Road; the Gdansk-Kiezmark end section of National Highway Number 7 (Gdansk-Warsaw-Chyzne) and the Kiezmark Bridge; the St. Roch Bridge on the River Warta in Poznań; the facade of the Metropolitan Office Building in the centre of Warsaw (designed by Norman Foster); the facade of the new headquarters of Polish Television; and the upgrade of the railway border crossing at Terespol.

The bridge over the River Odra will form part of the Wrocław Ring Road, in western Poland, which will link the A-4 Highway, the future S-5 Highway to Poznań and the S-8 HIghway to Warsaw. The infrastructure will include the cable-stayed bridge, with a length of 612 meres, built above the main river course, plus two overpasses measuring approximately 611 and 521 metres long respectively, located on either side of River Odra, with a total length of 1.75 kilometres.

The central pier, located on Rędzińska Island in the middle of the river, will be 122 metres tall, the highest structure of its kind Poland. In addition, this infrastructure will be the first in Poland to be equipped with sensors to detect damage or deterioration in any of its components. 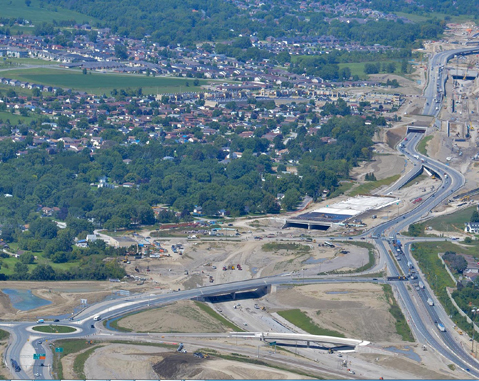 The Windsor-Essex Parkway project is part of the proposed plan to connect Highway 401 in Ontario to Interstate 75 in Michigan, by way of a new Canadian inspection plaza and bridge crossing being constructed by the Federal Government in West Windsor. 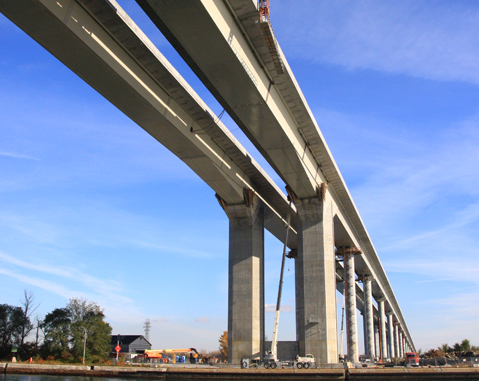 In September of 2008, ACCIONA was contracted by Quebec’s Ministry of Transport to design, finance, build, operate and maintain the new Autoroute 30 (A30 Express) toll road along Montreal’s south shore.  The completed A30 was opened to traffic on December 2012.